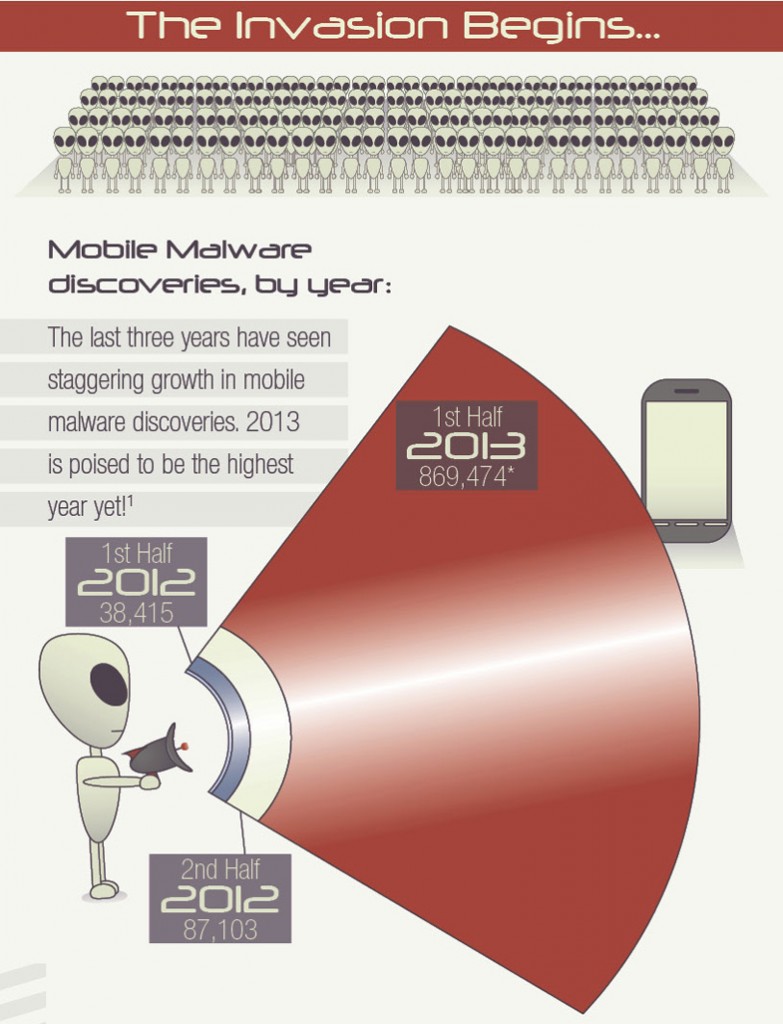 Android malware discoveries are increasing as consumers use their smart phones and tablets like personal computers, but not protecting them with anti-virus software like SecureIT. “Mobile users often don’t realize they’re carrying a mini computer in their hand.  That means they face the same threats seen on desktop computers, plus the very real risk of loss or theft,” said SecurityCoverage President and CEO Robert O’Dell. “People who wouldn’t go a day without PC protection need to be educated on the mobile risks they face and take steps to make themselves safe.”

Hackers recognize this trend and are creating more sophisticated attacks targeted towards vulnerable devices. In addition, experienced hackers use social engineering to increase the effectiveness of phishing scams to a staggering 70% effectiveness rate. 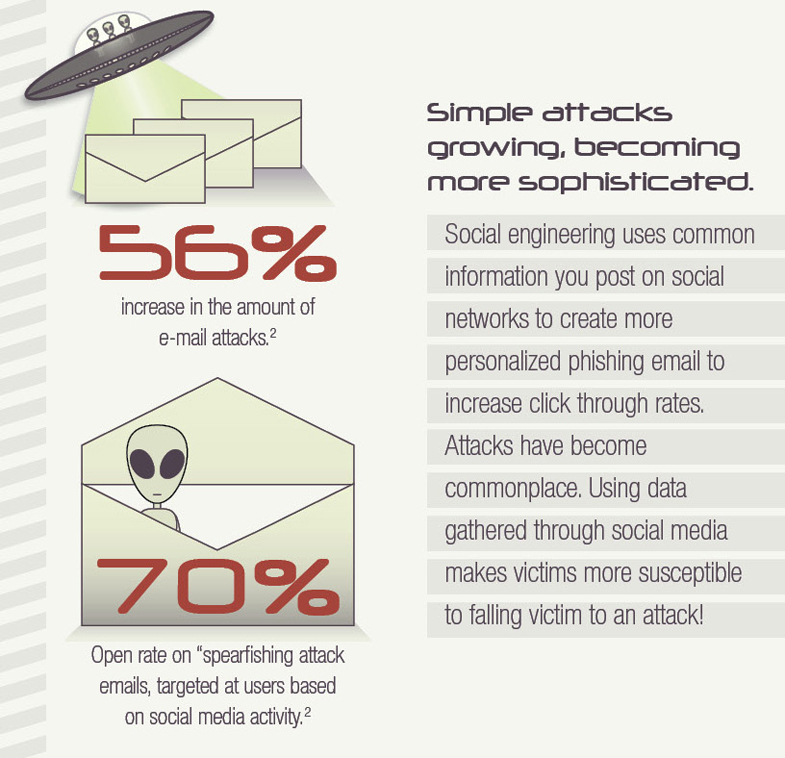 We are not alone. Digital invaders are among us and although the mobile security battlefield seems advanced; consumers must prepare for a counter-attack.  With better knowledge, simple preparation, and a force field infrastructure that includes the SecurityCoverage Mobile Suite, consumers can ward off digital attackers.